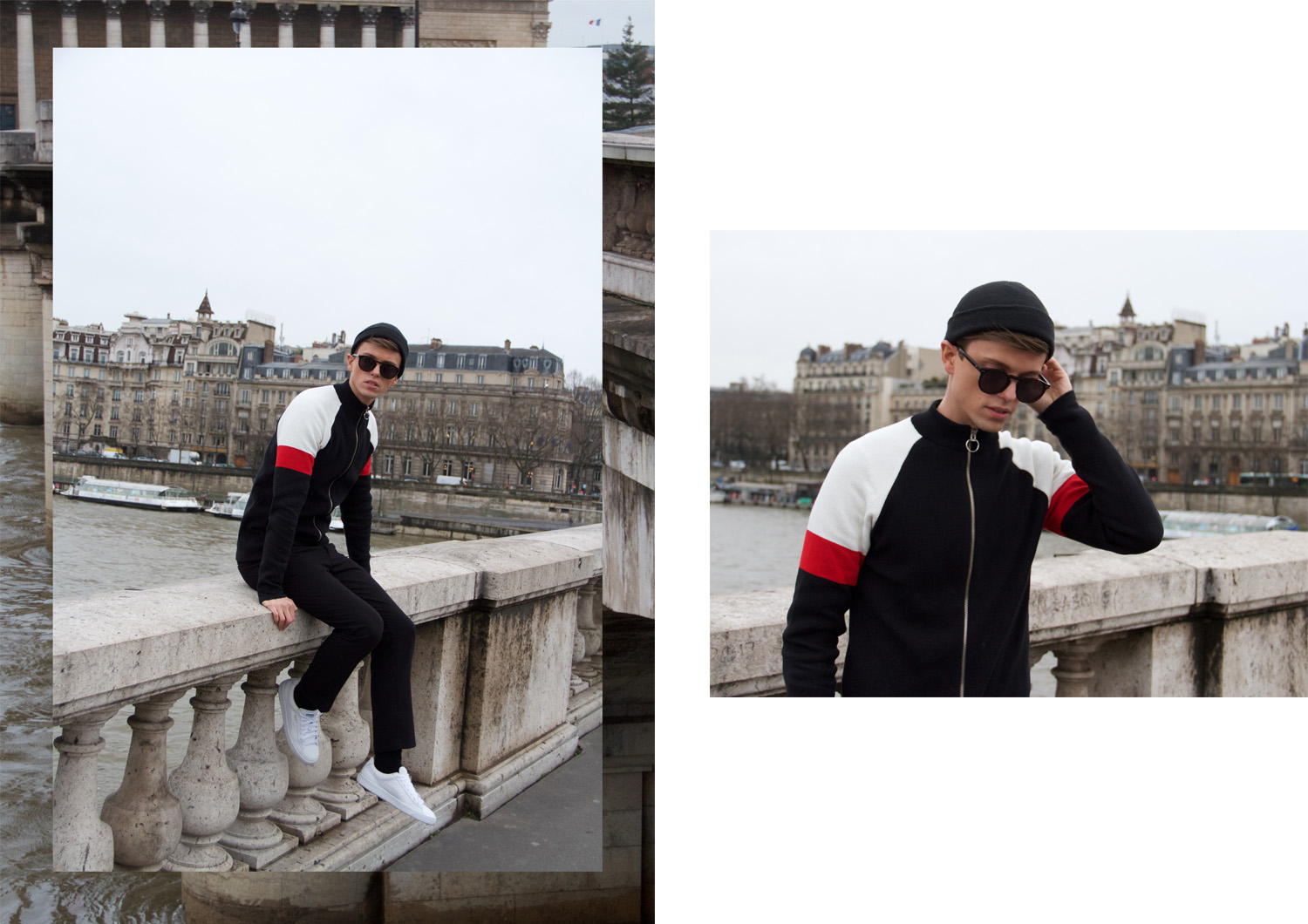 Nearly one week has passed since I’ve been to Paris for Fashion Week Ready-to-Wear AW17. Before I forget everything I have to write it down, just because there is so much to remember. This time I was staying for 8 days because my schedule of shows was quite stretched. That’s why I tried also to focus more on street style this time. Paris Fashion Week.

Before going to Paris I’ve checked the weather, this is one of the most important parts of preparation when you’re close to your trip. Well, they said it could be changeable, but in fact it was just rain and wind nearly all the time. Another bad fact was that my umbrella was broken somehow, so I have been mostly wet through my stay. I shouldn’t complain, because on the other side we also had two days of sun, which I totally appreciated. But first things first.

Arrived at the airport I tried to change my german sim card to a french one, as usual when I’m there. This time it wasn’t working. The sim card was not connecting to my phone and I paid 20Euro before putting it in tho. I thought I’m going through a bad patch because my flight also had a delay an I was quite late for my first appointment. I was going to the final rehearsal of the opera Carmen at Opera Bastille. Anyways, somehow I made it to the apartment without a phone, pushed my suitcase in my room and left the building as fast as possible, because there were just 20 mins left until the Opera started. Of course I came late but this was totally fine. The security guy was quite nice, even if he didn’t speak english at all. Carmen is a totally worth to watch, this production was quite modern, but still focused on the important parts of the play. I’m going to watch it again for sure. The day after my arrival, Fashion Week started for me. As a blogger you always try to get catch by street style photographers, to appear in magazines and on the internet. Womenswear isn’t that busy for me with shows so far, thats why I was focusing on getting photographed. Means walking by the location where the show is taking place and get ‘shot‘. I never did this before, just knowing that most of the big ones started doing that.

Attention is what this business is living from. Back to the rain at this point – the reason that didn’t make it that much fun standing in front of a building, waiting for photographers to take a picture while this wet drops ruining everything anyways. Testing things is always a good way to see what you really don’t want to do. I wouldn’t do it again when it’s cold. Also to say, photographers don’t really care about men at Women Ready-to-Wear, so if you’re a guy, wait for Mens Week. There where a few photographers I met who were just such great talentes with a good eye for esthetic, I also had great conversations with them and really appreciated they were there.

Next to all the picture-running I have also been to such great shows and presentations. Three of them I’ve already posted on my website. The first post was the photo series of Andrew GN’s AW Collection at Palais de Tokyo. Some of the dresses I really liked but there where quite a few I couldn’t relate with. LINK HERE

This post is followed by my backstage experience at Valentin Yudashkin which I’ve enjoyed the most, because being backstage is always the best you can do, taking pictures nobody else (or better, just very few people) does and seeing how everything works behind the catwalk. – LINK HERE

Last but not least was ELLERY, one of my favorite womenswear brands. I’m following them for such a long time on Instagram and really love there esthetic and picture language. So I was more then flattered for the invitation. The collection was just fascinating, I fell in love with nearly all of their pieces. – LINK HERE

Next to this shows I also have been to a presentation by Ottolinger, which I really loved because of their way of staging. All models where dressed in concrete lumps, fog came from all sides and all girls wore huge black lenses. Perfect scenario for taking great pictures. Another show I have been to was Veronique Branquinho, which took place at Rue de Lubeck in a stable in the patio of the house. I really enjoyed seeing the gritty styling with wet back-combed or just flatted hair. The models looked like melancholic elves. My very last show at Paris Fashion Week was the german designer Nobi Talai. She showed her collection in the American Cathedral at Avenue George V. It was quite sureal, because I didn’t even know they are allowed to make shows in a church. The place looked amazing and was a great last stop for me. I don’t know yet but I guess I’m focusing more on menswear in the future. Going to Ready-to-Wear just for two or three days, but not for the whole period again. It’s just to stressfull with the whole organization, but on the other hand its always great being in Paris, meeting my friends there and enjoying the whole fashion circus.